Why Do Some Cast Members Have Blue Name Tags? 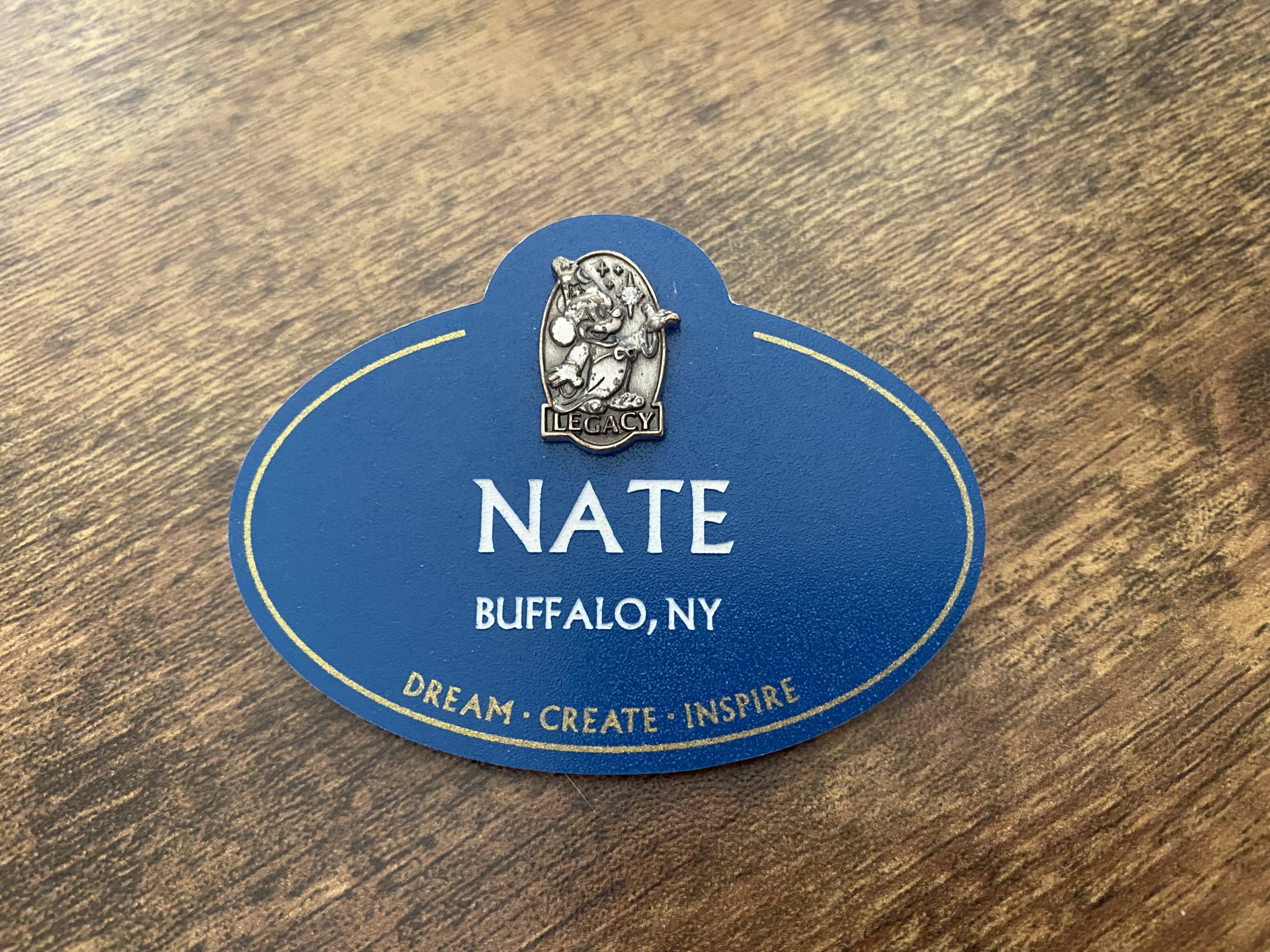 20 Jan Why Do Some Cast Members Have Blue Name Tags?

Cast members are the heart of Disney Parks. Walt Disney even knew the people were an important part of the work he wanted to do at Disneyland when the dream began. Cast members come together and agree upon many principles of excellence but especially treating guests with kindness and joy. The amazing service and cheery sentiment brings people back to Disney again and again. Cast members are recognized a few different ways on the name tag they each wear. You’ll always see a cast member’s name and hometown they choose to share on the oval shaped, pixie dusted piece. There are a few different kinds of name tags and embellishments on them. Most commonly you’ll see little gold pins on name tags around the parks. They have different characters and a number showing how many years a cast member has been working for the company. There is a brand new gold name tag that former Disney Ambassadors can now wear in their current role at the company. This brings us to the topic at hand. Why do some cast members have blue name tags?

Why Do Some Cast Members Have Blue Name Tags?

Cast members with blue name tags have been awarded with a special honor. The blue name tag means they are a recipient of the Walt Disney Legacy Award. This is a peer nominated recognition program used at Disney Parks around the world.

What is the Walt Disney Legacy Award?

According to Disneyland Paris the Walt Disney Legacy Award ‘is Disney Parks, Experiences and Consumer Products’ highest honor and recognizes individuals within the organization who excel in the criteria of Dream, Create and Inspire.

How many cast members have blue name tags?

The total number isn’t clear but different parts of the company have shared numbers about recipients in different years. In a press release from 2013, the Disneyland Resort shared there were 75 new recipients of The Walt Disney Legacy Award and named it ‘the highest honor cast members, crew members and Imagineers can achieve at Walt Disney Parks and Resorts. Recipients are recognized for consistently inspiring others, going out of their way to create happiness for guests and team members, and finding new ways to deliver Disney magic.’ That year almost 600 cast members, crew members and Imagineers were honored around the world.

In 2019 Disneyland Paris shared more than one thousand people were nominated there but only 39 Disneyland Paris cast members were given the award after a jury selected them. Recipients attended a ceremony and gala to celebrate.

All members of the DVC Resale Experts team are former cast members. All were Disney Vacation Club Guides and learned the ways of the mouse! They no longer work for the company but make their own magic by selling DVC resale and continuing to serve DVC members. One member of the DVC Resale Experts team is a Walt Disney Legacy Award recipient! During his time at The Walt Disney Company Nate was celebrated in this special way and shared this memory:

‘Receiving the Walt Disney Legacy Award was surely one of the highlights of my career with Disney. When I was presented with the award, my entire team was present and read excerpts from the nomination forms without sharing names. I knew that a peer of mine was receiving the award, so I kept looking at them excitedly. It wasn’t until they announced my name that I realized what was happening. I was floored by everyone’s words and so humbled to know that I had made an impact in other people’s lives as Cast Members and as people. It is a memory that I continue to cherish to this day.’

The DVC Resale Experts team is proud to have made magic at Disney Vacation Club and beyond. Get in touch today for all of your resale DVC needs.